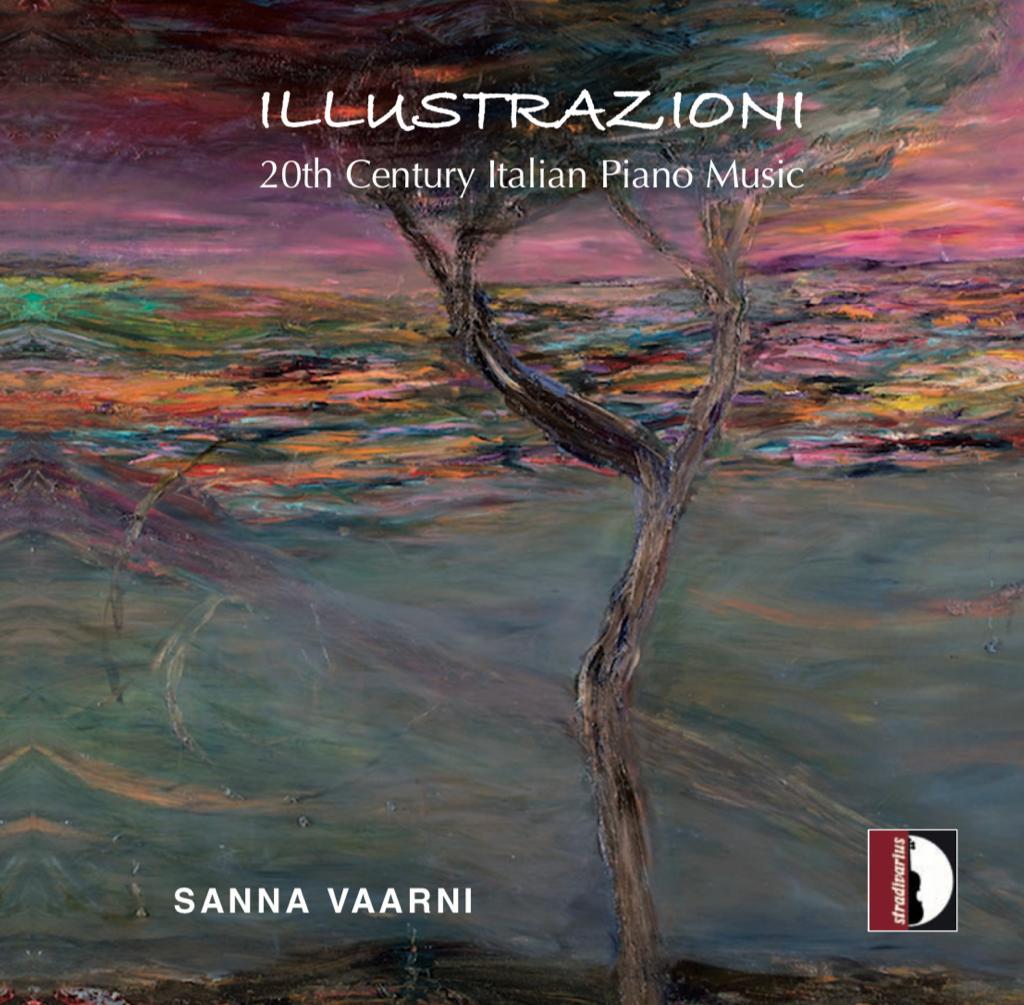 In this solo recital Finnish pianist Sanna Vaarni focuses on a mighty handful of Italian composers, selectively exploring music written between 1916 (Castelnuovo-Tedesco) and 1964 (Rota). Though the focus is on the twentieth century that still gives her a good half-century of creativity to promote.

It’s the darting Francophile impressionism of Castelnuovo-Tedesco’s Il raggio verde that starts the recital, a work full of colouristic pleasures and life-force. Four years later he wrote Cipressi, the gloomy reflections of which gradually open and expand into reflective panels of light and movement, darkness into sunlight – a suitable response to his memory of the cypress trees of Usigliano di Lara in Tuscany. Malipiero’s Risonanze (1918) is in four brief movements, and it too promotes colour, as well as resonance and an almost naïve romance, in its surprising Calmo opening. This is then subjected to an admixture of Debussy, and some rolling agitato drama to conclude.

Dallapiccola’s Quaderno musicale di Annalibera was dedicated to his daughter on her eighth birthday. It encodes references to Bach, though they’re not explicit and it’s in no sense neo-classical. Rather, it’s a perceptive, highly nuanced absorption of prevailing stylistic models refashioned for Dallapiccola’s own personal service. In eleven brief movements – the fifth is called Contrapunctus secundus, as if the Bachian element were not already clear – it’s the introspective elements that linger the most, such as the limpid tranquillity and allusive emotive direction of the fourth movement or the refractive Second Viennese School slant of the sixth. Elsewhere, rhythmic figures and a rich – once again – colouristic palette that darkens in the penultimate movement (Ombre), add to the admirable qualities of this deeply impressive work.

Nino Rota’s 15 preludi exemplify the Italian quest for colour in its most fundamental form. Rota was uninterested in novelty for its own sake, and these studies exemplify communicative deftness unfettered by stylistic straightjacketing. There is expressive delicacy and refinement, contrasts of fleet melodic lines and ardour, aria-like eloquence, droll wit, infusions of the antique, and rich warmth in miniature, reminiscent of his film scores. The result is a tapestry of beauty.

Scelsi is represented by two scores. The earlier is Capriccio per pianoforte (1935), composed when he was 30 but unperformed until 1944. Its urgency and tautness are notable but so too is its near quasi-improvisatory spirit. Very different in spirit and canvas is Quattro illustrazioni sulle Metamorfosi di Vishnu, composed nearly two decades later. Here orientalism is transfigured, and an unremitting, unyielding initial movement reflects Shésha. Much in the first two movements is terse and driven but an element of allusion slides into the music prefiguring the funereal chords of the Krishna movement that Scelsi marks ‘Calmo, radioso’.

Each of these composers has sought to accommodate other stylistic elements, whether twelve-tone, Eastern, impressionistic even, very occasionally, expressionistic. In addition, some sought, more than others, to reinvigorate or reabsorb antique models into their music. Each of these pieces has something to say. My own tastes are more inclined to Dallapiccola and Rota than Scelsi but one thing’s for sure; they are finely played by Sanna Vaarni in a concert studio in her native country. Finely recorded and annotated too.